Community Service is More Than Just a Line on a Resumé

“As Iron Sharpens Iron, so a Friend Sharpens a Friend.” Proverbs 27:17

The Step 1-2-3 Mentor For Life Initiative aims to provide students with consistent academic support and encouragement.

This organization is founded on the old adage: As iron sharpens iron, so a friend sharpens a friend.

Our mentors are the iron that will be consistent pillars in the lives of their mentees from cheering them on in the classroom to the field; WE PROMISE to be CONSISTENT. This is what makes us different and unique. 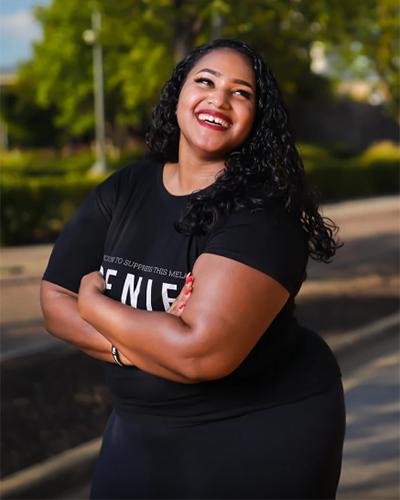 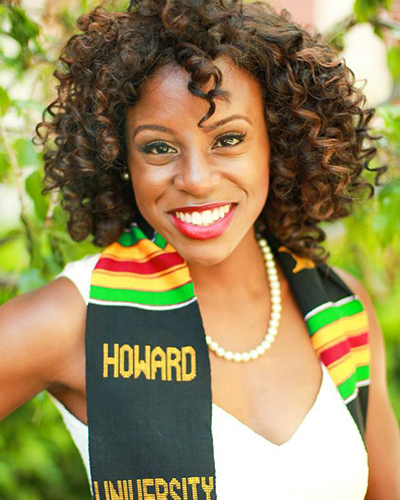 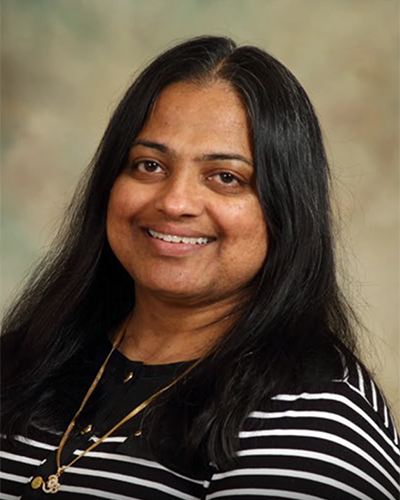 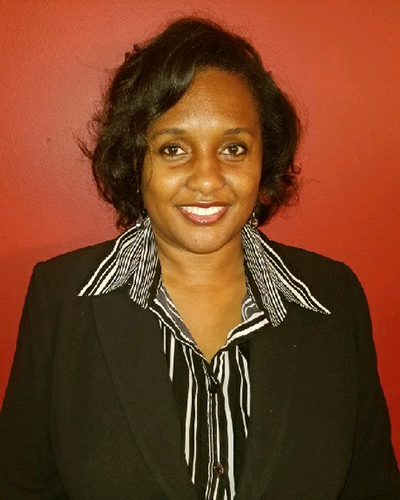 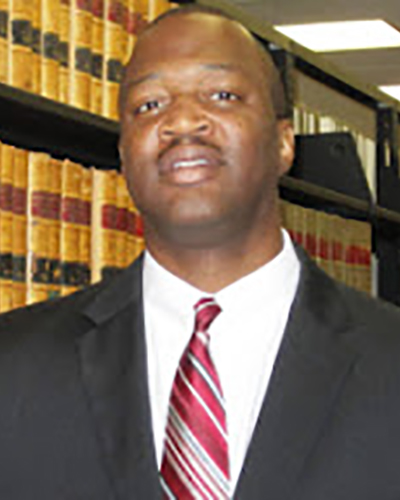 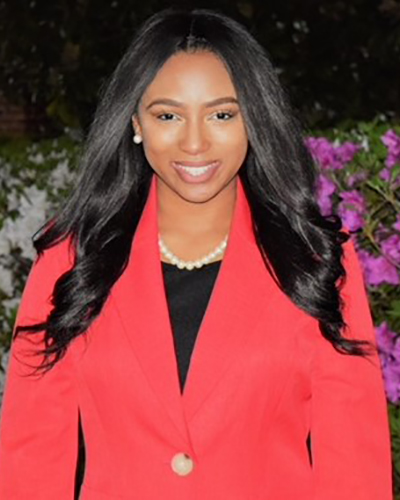 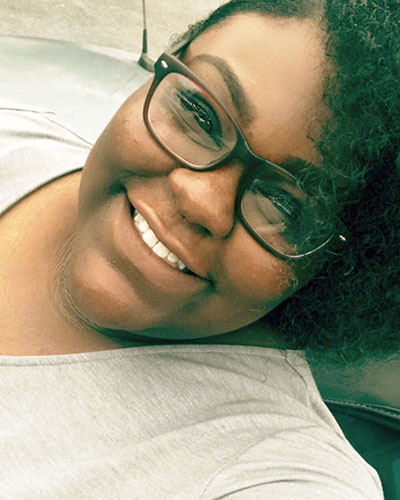 Neena Speer is the founder and executive director of the Step 1-2-3 Mentor for Life Initiative. The fearless leader graduated with her Juris Doctor from the University of Alabama School of Law in May 2017. Her principal areas of interest are working in non-profit management, civic involvement, and criminal defense.

After graduating Phi Beta Kappa from Howard University (B.A. French & B.S. Psychology) in May 2014, she was admitted to the University of Alabama’s School of Law. During her tenure as a student she has served the UA Community as 2nd Vice President of the Black Law Students Association, BLSA Banquet 2016 Chair for the UA Law Chapter, Pre-Law Co-Director for the Southern Region BLSA, and Lieutenant Governor of Membership for the Law Student Division of the American Bar Association for the 10th Circuit.

Professionally, she has interned in various state departments. She served as a Team Captain for the Inaugural Staff Ball for the White House in 2013. In summer 2015 she worked with the Federal Public Defenders Office of The Northern District of Alabama, and the Honorable L. Scott Coogler, of the Northern District of Alabama as a legal intern the following fall. She interned in spring 2016 in Washington, DC at the National Association of Criminal Defense Lawyers (NACDL) as their National Affairs Intern for school credit as a part of UA Law’s Federal Externship Program. Summer 2016 Speer completed the UA Law Summer 2016 Study Abroad program in Australia where she received the honor of Best Paper for her comparative analysis of gender issues between the U.S. and Australia. Currently, she is contributing to an online magazine as an advice columnist and is sitting for the February 2018 bar exam in Alabama.

From an early age, Speer’s mother always told her, “You’re going to be a CEO!” Neena didn’t quite understand until she was invited to be a Pre-Law Diversity Talks™ Speaker at the 2015 National Diversity Pre-Law Conference held in Washington, D.C. While speaking on “The Importance of Diversity in Leadership Development,” the fire was ignited. She met phenomenal pre-law students from across the country that was interested in having a mentor for their developmental process. Recalling a plan she started to develop as an eight-year-old, Speer started planning the Step 1-2-3 Mentor for Life Initiative.

Now she is seeing her young dream realized and her mother’s words taking root. Speer is blessed to receive the encouragement and support of her family. There is a mantra that Neena lives by that was always insisted upon in her household and that she brings to this mentoring program, “Do the right things for the right reasons and you will never fail.” She brings this into her schoolwork, her business, her family, her friendships, and with every new connection. Step 1-2-3 Mentor for Life Initiative is her baby, but more importantly, it is to help others find encouragement in all areas.

Tsipporah Christopher is an educator, and aspiring medical student. She graduated magna cum laude from Howard University with a Bachelor in Science in Biology in 2015. As a student Tsipporah participated in a neurology research program at the Perelman School of Medicine and traveled to Ethiopia to research renewable energy through microbiological techniques. She also served as the President of the Howard’s Health Professions Society. Currently, she is working in Japan as an English teacher at a high school for science and global studies. Tsipporah’s passion for mentorship comes from her experience forging her own path. Without inspiration and motivation from her own mentors, she would not be pursuing the passions she does today.

Rajesh over twenty-five years of experience in the healthcare industry. During this time, Rajesh has become passionate about training, mentoring, and coaching staff to achieve their best in every aspect of life. She believes that the key to success is good communication. We must embrace the many facets of communication infrastructure between all parties. Mentoring is a powerful way to teach young leaders that all things evolve continuously and success is often defined by our ability to adapt as new opportunities are presented in life. She is excited to serve with Step 1-2- 3 as a future mentor, adviser, and leader.

Sandrieka Moore has received her Masters of Business Administration, concentration in Accounting from, Troy University Montgomery. She also has a Bachelor of Science degree, concentration in Accounting. Her courses of study, as well as on-site job training, have given her extensive experience in communicating, planning, and conducting research. She has developed teaching skills while tutoring students at Troy University Montgomery and working with Veteran’s Administration contracts. As a budget analyst and contracting officer with the federal government, she has enhanced her knowledge in FAR and JAR, and she is able to apply the simplified acquisition procedures when purchasing on behalf of the federal government. While working for the State of Alabama, she has expanded her knowledge in working with various grants and contracts and performing compliance site- visits to ensure sub-grantees are complying with grant provisions and the OMB Circular regulations. In the short-term loan servicing industry, her professional skills have been enhanced in treasury management and the financial profiting aspect of the financial industry. Performing accounting duties at Civil Air Patrol (an auxiliary of the United States Air Force) strengthened her accounting proficiencies in governmental, non-profit organizations, and for-profit organizations. Sandrieka is excited to serve with Step 1-2-3 Mentor and expand our outreach opportunities with sponsors to empower the students we serve.

​Marcus has worked in youth outreach and student services for over 20 years. His mentoring focus is helping students gain the skills to move to the next level of college and career. Marcus was a Hands-On Atlanta AmeriCorps Team Leader, a Career Transition Specialist for Job Corps, a University of Alabama Undergraduate Admissions and Scholarships Recruiter, and now he serves as the Assistant Director of Admissions for the University of Alabama School of Law. Marcus is a proud member of the Step1-2-3 Mentor for Life Initiative. He serves in the College Program as the Director of Outreach and Program Development. He looks forward to working with the program, the mentees, and seeing the program continue to grow into a national service agency.

Kimberley Osias is a senior attending Bethune-Cookman University studying Psychology. Upon graduating she plans to pursue a Juris Doctorate Degree specializing in Family and Immigration law. Having to always translate and explain documentation to family members has driven her to pursue a profession to advocate for people who cannot help themselves due to circumstances. She is an active member of her college and the local community served as the President of is the Pre-Law Club for two consecutive years. Kimberley is thrilled to be a part of the team and ready to work with the program.

​Jasmine LaShaye Blair is a senior at The University of Alabama (UA) in Tuscaloosa, where she is majoring in biology on the pre-medicine track, maintaining a 3.9 GPA. Her community and civic involvement include Al’s Pals Mentorship Program, Women of Excellence, Alpha Epsilon Delta Pre-Health Honor Society, and many other service-based organizations. After receiving her bachelor of science degree, Jasmine plans to attend medical school. Her professional ambition is to become a physician. She is excited to be a part of Step 1-2-3 Mentor for Life Initiative because she believes that people are blessed to be a blessing, so it is important that we reach back into our communities and enrich those who will travel on this same journey.

​Samantha Pline is a recent graduate from the University of Alabama School of Law. She has served as an editor on the Alabama Journal of Civil Rights and Civil Liberties for two years. Prior to attending law school, Samantha was a full-time lecturer in American History at Atlanta Metropolitan State College. She also worked as a tutor with Varsity Tutors for three years, mainly tutoring SAT and ACT preparation, but also tutored for the GRE and, on one occasion the LSAT. She believes strongly in the ability of one person to make a difference and feels that her time with Step-1-2-3 Mentor for Life will help her, and the mentors she oversees achieves that goal.

Paige Reynolds was raised in Birmingham, Al where she was very active in community service work for the community. After attending Homewood high school, she went on to Oakwood University where she majored in Psychological Sciences and where her love of mentorship was born. After College Paige graduated from Andrews University with a Master’s in Clinical Mental Health Counseling. Paige loves her work and is passionate about empowering people to help themselves. Since college, Paige has been involved in mentorship as both a mentee and a mentor, it was during this time that she developed an understanding of the importance of lifelong mentorship and a continual desire to serve as a mentor and agent of change in people’s lives. Paige is excited to serve with Step 1-2-3 Mentor and to empower the next generation.